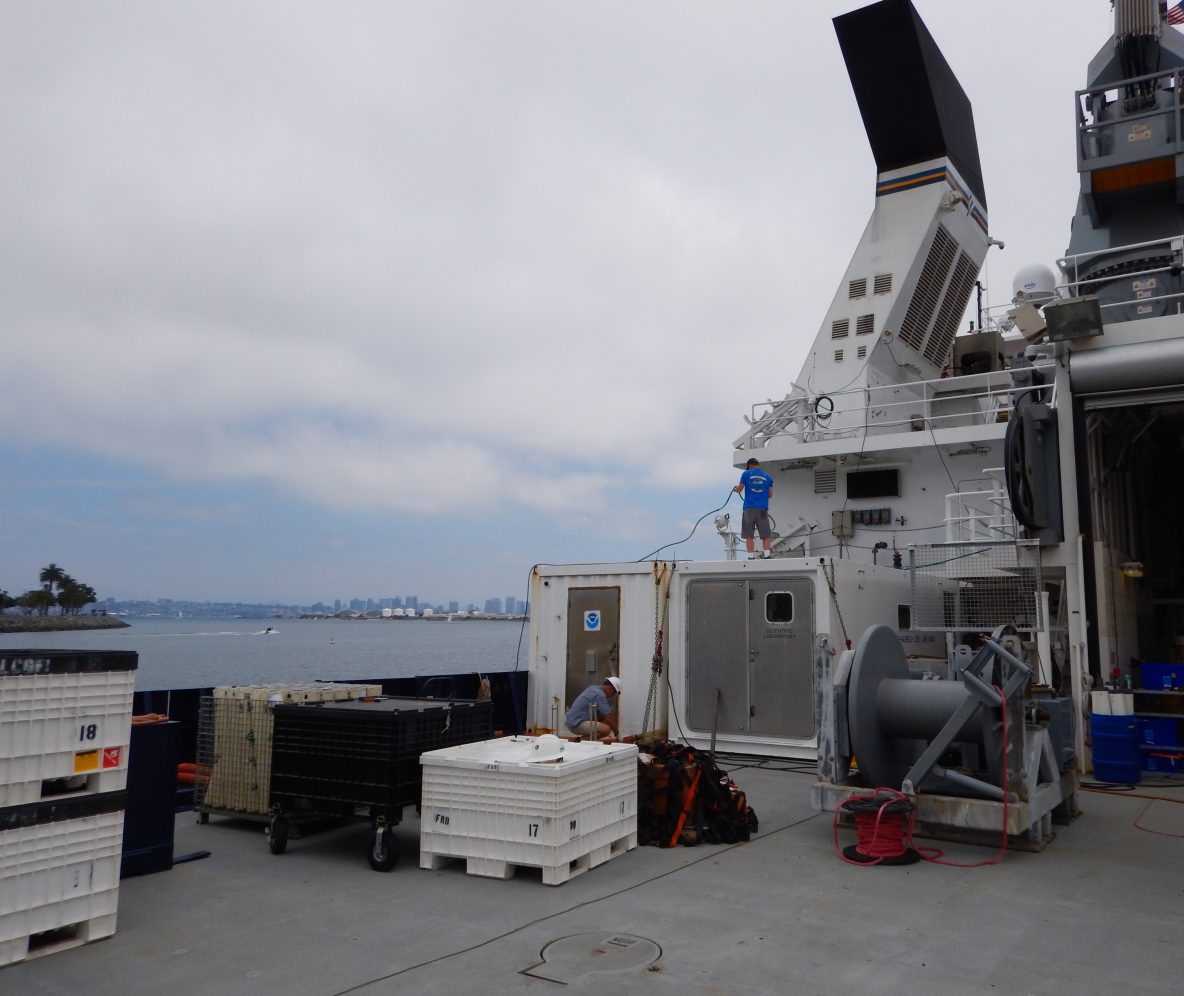 Last week R/V Sally Ride returned to San Diego after months away. But that doesn’t mean that the ship or her crew got much of a break. Within 72 hours, they were underway again. The summer CalCOFI research cruise will spend 17 days at sea, occupying 75 science stations to collect data as part of its historic data set.

The marine mammal acoustic team readies their array, while restechs
and technicians from Uwe Send’s lab bring a mooring buoy aboard.

First up, there was lots of gear to unload from the shipyard period. The ship’s crane alternated moving this off onto the dock, and bringing on gear from the many groups that participate in a CalCOFI cruise. It is a full ship, with the labs and staterooms full of scientists. The back deck is more crowded than usual, home to mooring instruments from Uwe Send’s group that will be deployed once all the usual station work is complete. This is a project of opportunity that is part of a NOAA-funded array making observations in the CalCOFI region.

The crew also had a few projects to complete, so everybody pitched in to get the ship ready.

You may remember that Sally Ride hosted the fall CalCOFI cruise last November. To learn more about the science taking place onboard in the next few weeks, check out these posts from that time.