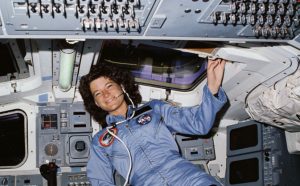 Dr. Sally K. Ride (1951-2012) was the first American woman to travel into space. She graduated from Stanford University with a B.S. in physics and a B.A. in English, and then going on to achieve an M.S. and PhD in physics while applying for the NASA shuttle program. She became one of the first six female astronauts in NASA history, and flew aboard space shuttle Challenger twice, in 1983 and 1984. After retiring, she joined the faculty at University of California, San Diego as a professor in the physics department and director of the California Space Institute. In 2001 she co-founded Sally Ride Science, a program designed to keep kids, especially girls, interested in science. She co-authored multiple books about space aimed at kids.

Her 343 hours in space inspired the her life’s work to encouraging learning and engagement in children, and working to protect the planet. A quote from Sally Ride about seeing the Earth from the space shuttle – 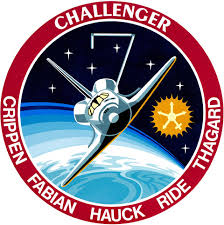 “I remember the first time that I looked towards the horizon. I saw the blackness of space, and then the bright blue earth. And then I noticed right along the horizon it looked as if someone had taken a royal blue crayon and just traced along the Earth’s horizon. And then I realized that that blue line, that really thin royal blue line, was Earth’s atmosphere, and that was all there was of it. And it’s so clear from that perspective how fragile our existence is. It makes you appreciate how important it is to take care of that atmosphere.”

Sally Ride won many awards during her lifetime, and continues to be honored. Her life and business partner, Tam O’Shaughnessy, was named the christening sponsor of the ship and broke a bottle of champagne across her bow on August 9, 2014. The ship was handed over for operation by Scripps Institution of Oceanography on July 1, 2016.

SIO is honored to continue Dr. Sally Ride’s legacy aboard R/V Sally Ride, which will engage a generation of scientists in learning about our planet in order to protect it.

Google doodle celebrated Sally Ride in 2015. Click here for GIFs, a behind the scenes video, and blog post. 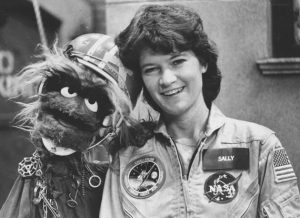