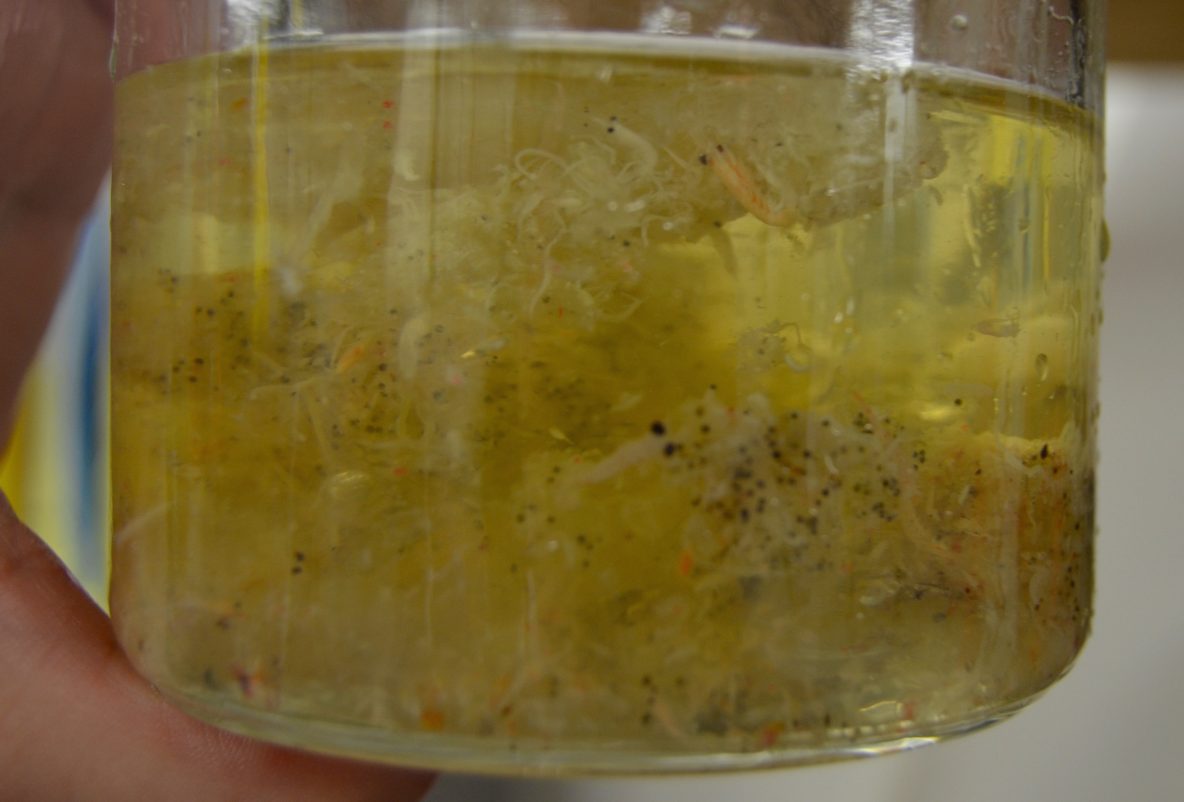 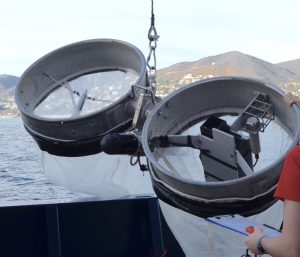 The LOPC is mounted in the opening of the right side of
the bongo net.

R/V Sally Ride has 25 bunks for scientists. The ships that CalCOFI usually sails on have less, only 18 on the retired SIO vessel New Horizon and 15 on NOAA ships Lasker and Shimada. Those extra bunks mean that some side projects can be accommodated. Here on the inaugural CalCOFI on Sally Ride, Dr. Dave Checkley, a professor emeritus and director of the CalCOFI program at SIO, has brought out instrumentation to analyze samples at sea. He doesn’t go to sea on a regular basis at this point in his career, but this opportunity to sail aboard Sally Ride‘s first official science cruise was too good to pass up. 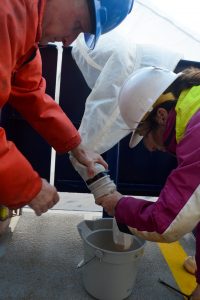 Dave and Sue rinse the sample into
a bucket for transfer to the lab.

Dr. Checkley has collected particulate data using an LOPC (Laser-Optical Plankton Counter) mounted in the opening of one side of the bongo net since the 1990s. This instrument records particles as they enter the bongo net and pass through a 1 millimeter thick layer of red light. When the beam is interrupted, a signal is logged and information about type, abundance, and distribution can be inferred. Onboard this cruise, that sensor’s accuracy is being assessed by setting up another LOPC in the lab and running specimens from the same sample through it. On some stations, Dr. Checkley collects the sample from the net with the LOPC in it and looks at it under a microscope. He then separates out certain zooplankton like copepods, euphausiids, and tunicates and photographs them against a backdrop of the same wavelength light as the laser in the LOPC. 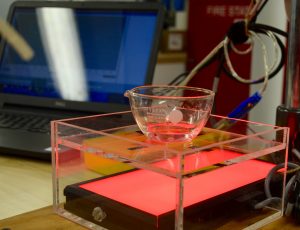 The sample is photographed against a red background.

After processing the parts of the sample he’s interested in, he returns the entirety of it to the fisheries group so that it can be preserved as usual. It’s stored in a jar with ethanol, which allows the sample to be processed later for DNA and calcium carbonate parameters. The sample from the other side of the bongo net is preserved in formalin, as are the samples from all the other nets.