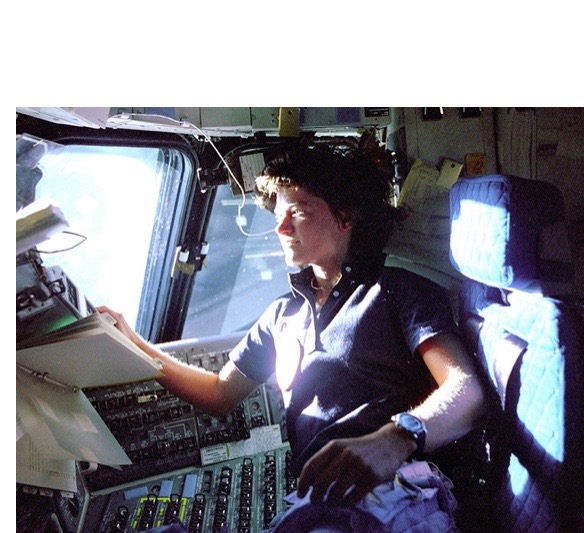 “Most scientists that I know are passionate people because they’re working in a field that they’re interested in. And the environment you work in is important. So if you’re on an expedition in the high seas and you’re on a ship like this that is comfortable, that is gorgeous but functional in a very beautiful way…it just facilitates the good work and helps the scientists.”  – Tam O’Shaughnessy

People around the world know the name Sally Ride. Her legacy is so much more than America’s first woman in space – she was an advocate for STEM (science, technology, engineering, and math) education and an expert that NASA called on long after her retirement. Her name on the ship’s stern, and in every data file the shipboard instrumentation creates, means that we at Scripps will never forget that we are carrying on part of Sally Ride’s legacy. But there will soon be another addition that will keep her in the forefront of our minds. Tam O’Shaughnessy, co-founder of Sally Ride Science and Sally Ride’s life partner, has generously donated some personal effects to be housed in a shadow box on the ship.

This includes one of her NASA flight jackets and patches from both of her missions aboard the space shuttle Challenger. Also included is a copy of the “Ride Report,” officially known as “NASA Leadership and America’s Future in Space.” The report came from a task force led by Sally Ride and was issued in 1987. Among other things, it called for learning about Earth from outer space. As you may recall from Tam’s speech intended for the ship’s commissioning back in October, Sally Ride’s space flights led to her future environmental work. “Mission Planet Earth” is what she called it, later writing a book for kids of the same name. Tam donated a copy of that book, as well as “Mission: Save the Planet,” both of which they wrote together and were co-published by Roaring Brook Press and Sally Ride Science.

Mission patches and the Presidential Medal of Freedom.
Donated and photographed by Tam O’Shaughnessy.

Rounding out the shadow box aboard R/V Sally Ride is the Presidential Medal of Freedom awarded posthumously by President Barack Obama in 2013.  Tam accepted the award in an emotional ceremony that acknowledged Sally Ride’s heroic legacy and her relationship with Tam. As the president said, “Sally didn’t just break the stratospheric glass ceiling, she blasted through it. Today, our daughters — including Malia and Sasha — can set their sights a little bit higher because Sally Ride showed them the way.”

You may remember from a recent post that sister ship R/V Neil Armstrong houses that astronaut’s Congressional Gold Medal on the bridge, awarded to each member of the Apollo 11 crew in 2011. Neil Armstrong was also awarded the Presidential Medal of Freedom by Richard Nixon in 1969 upon returning from the moon. Tam says, “The Medal of Freedom is really a beautiful medal…it says Sally K. Ride on the back and I just decided ‘All I’ll do is keep this medal in the safe in my house, so why not have it be part of the shadow box?‘” Scripps is grateful for Tam’s generous gifts. On display aboard R/V Sally Ride, they will be admired by a generation of scientists, many of whom grew up with Sally Ride as a role model, and all of whom are expanding on her legacy.

Quotes from Tam O’Shaughnessy are thanks to Shannon Bradley and UCTV, who interviewed her aboard R/V Sally Ride. More from that interview coming to UCTV later this summer, so stay tuned!

@uctelevision @SallyRideSci are onboard this morning filming an interview about Sally Ride with Tam O'Shaughnessy pic.twitter.com/pNmoU7ItDH