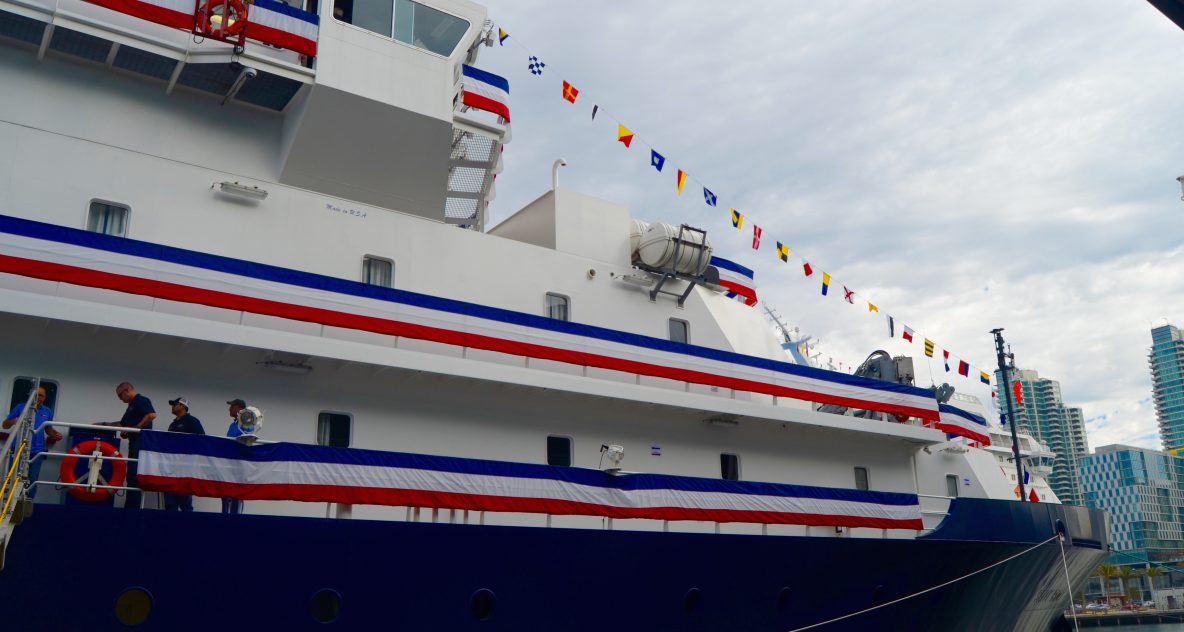 The Talk I Was Going to Give for the R/V Sally Ride Commissioning Ceremony on Friday 10/28/2016.

Unfortunately, I fell ill with a sinus infection after traveling the previous 10 days and could not attend the event. 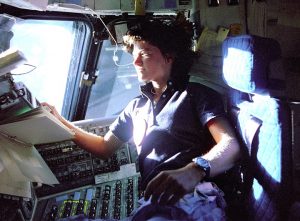 A favorite picture of Sally, on space shuttle Challenger.

Sally would be deeply honored to have a U.S. Navy research vessel named after her. Wow.

The R/V Sally Ride is the first academic research vessel named after a woman. That’s a big deal. It sends a positive message about our values across the country and around the world.

The R/V Sally Ride is a perfect symbol for so much of what Sally stood for. To explain why, let me tell you a little about her life and the things she cared about.

Sally came of age in the 1960s. She was idealistic, and she believed in human rights. To her, that meant equal dignity for people across all variables—race, gender, sexual preference and identity, and socioeconomic background.

Sally also cared deeply about protecting the environment—Earth’s air, water, land, and the living creatures that make up the biosphere and keep our planet habitable.

Sally’s first spaceflight aboard the shuttle Challenger in June 1983 turned her into an environmental champion.

She told me about the first time she floated over to one of the space shuttle’s small windows and looked back at Earth. She was awestruck. She watched the Gulf of Mexico and Florida slowly moving past. Then she looked out toward Earth’s horizon. She saw a fuzzy blue band hugging the curve of our planet. She said it looked like a kid had taken a blue crayon and traced Earth’s curve with it. Sally realized it was Earth’s atmosphere—our air. It looked so thin and fragile. Yet she knew it was all that separates us and protects us from the blackness and vacuum of space.

When Sally returned to Earth, NASA sent her around the country to give talks at schools, companies, and organizations. She always showed her favorite photos from space, and she always pointed out the fuzzy blue band—Earth’s air. 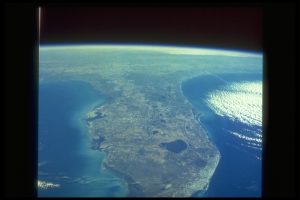 Earth’s “fuzzy blue band” of atmosphere inspired Sally Ride’s mission to save the planet.
Photo by Sally Ride while aboard space shuttle Challenger in June 1983.

Sally flew in space a second time in October 1984, also aboard Challenger. Then in 1986 she became the first director of NASA’s Office of Exploration. Sally led a team that came up with a new strategy for space exploration. Their report was called NASA Leadership and America’s Future in Space, or, informally, The Ride Report. It was widely hailed as visionary. The report set forth four initiatives in a natural progression:

The first initiative, Mission to Planet Earth, called for exploring our own planet from the unique perspective of space. Many satellites and the International Space Station have the same view that Sally had from the space shuttle. As they orbit Earth, they gather information that helps us put together a more complete picture of our complicated planet.

In 1989, Sally came to UC San Diego as a professor of Physics and director of the California Space Institute. That meant she had two offices: one at Scripps Institution of Oceanography and one on campus near the Physics Department. Sally learned a lot about Earth’s changing climate from her colleagues at Scripps.

All the while, Sally and I had been thinking about why there were so few women in science. In 2001, Sally and I and three friends started a science education company and called it Sally Ride Science. We wanted to inspire young people—especially girls and underrepresented minority students—to stick with science and math as they go through school and to consider careers in science, technology, engineering, and math, or STEM. So we created programs—including the Sally Ride Science Festivals—and books for young people with detailed teacher guides. Our books cover the big ideas in STEM. They also present profiles of real women and men from diverse backgrounds working in cool careers in STEM.

We also wanted to do our part to inform young people about our planet’s changing climate. We created teacher workshops on global climate change and a book series—Our Changing Climate, with books on The Atmosphere, The Oceans, The Poles, and Ecosystems. Sally made sure we included an illustration of the Keeling Curve, the daily record of carbon dioxide in the air, and a detailed explanation of how it is plotted, what it means, and why Charles David Keeling of Scripps began taking measurements atop Mauna Loa in 1958.

Because of Sally’s deep ties to UC San Diego, the university has now made a commitment to carry on her legacy in science education. Last year, Sally Ride Science became part of UC San Diego. Together we are moving ahead on exciting new initiatives to inspire all students to study STEM and to consider STEM careers.

Sally left us way too soon. She died of pancreatic cancer in July 2012 at the age of 61. This ship—the R/V Sally Ride—is the embodiment of so many things Sally loved and believed in her whole life.

She would love that Secretary Ray Mabus had the vision to name a U.S. Navy research vessel after a woman. She would be delighted that her friend Dr. Margaret Leinen is the first permanent female director of Scripps. She would have felt it was fitting that Scripps Institution of Oceanography at UC San Diego—Sally’s home base for 24 years—operates the ship. And she would have been proud to know that the ship and her crews will conduct cutting-edge studies of the oceans and the interactions between the oceans and the atmosphere. This research will help us protect the health of our oceans and our planet for many years to come. And the educational programs surrounding the R/V Sally Ride will help inspire the next generation of young scientists to carry this important work into the future.

Sally loved exploring and learning and inspiring. I know she will be aboard in spirit as each expedition heads out to sea. 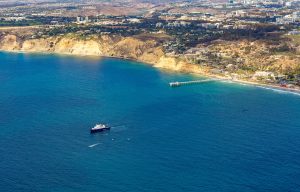