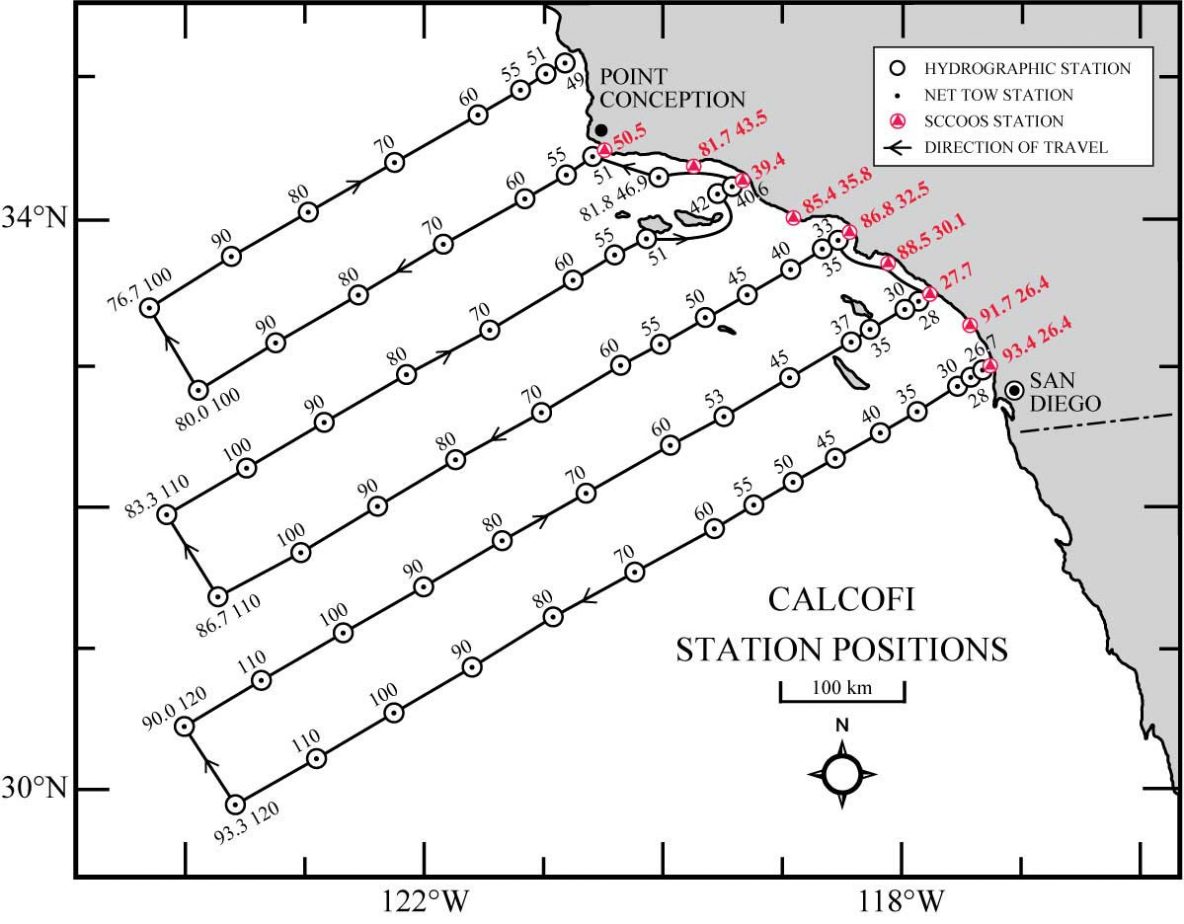 The first official science cruise aboard R/V Sally Ride is underway! Just after 0800 the ship left Point Loma.  As we left a fogged-in San Diego bay, the restech Keith gave an overview of the ship to the science party, including safety and drill information, situational awareness, and housekeeping basics. There’s a lot to know about, even if you’ve been onboard before. 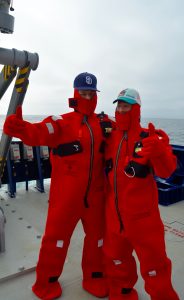 Scientists Bryan and Dan don their
immersion suits as part of today’s drill.

First order of business once the ship is out of the bay is always a fire and abandon ship drill. The crew and scientists all muster (gather) on the back deck for role call and to don life vests and immersion suits, also called Gumby suits. Drills are held weekly.

Within two hours, we had reached the first science station and began operations. CalCOFI is an ongoing survey to study the hydrographic properties and health of the fisheries off California. You may remember that science verification cruise #2 involved scientists from this group, testing how the ship and 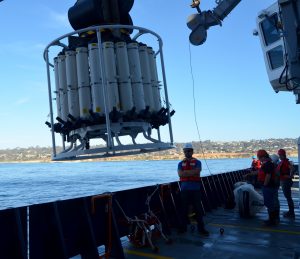 their gear would work together. Now comes the real deal, we’ll be out here for 16 days and hopefully occupy all 75 stations. Each one involves a CTD, usually to a depth of 515 meters, along with various net tows (more on these in a later post). Nine of the stations are part of the SCCOOS (Southern California Coastal Ocean Observing System) program, which gathers data about the coastal areas along the grid in particular. Station #2 was one of these, which meant the ship was just off-shore of Del Mar this afternoon. In 20 meters of water, only 4 bottles on the CTD rosette were closed to collect water samples.

This is the first trip that involves 24 hour science operations. The crew is on rotating 4-hour shifts, many of the scientists are on 12-hour shifts, so everyone has to be trained on all the operations. Stay tuned for more posts about operations, crew, scientists, observers, and volunteers on board.