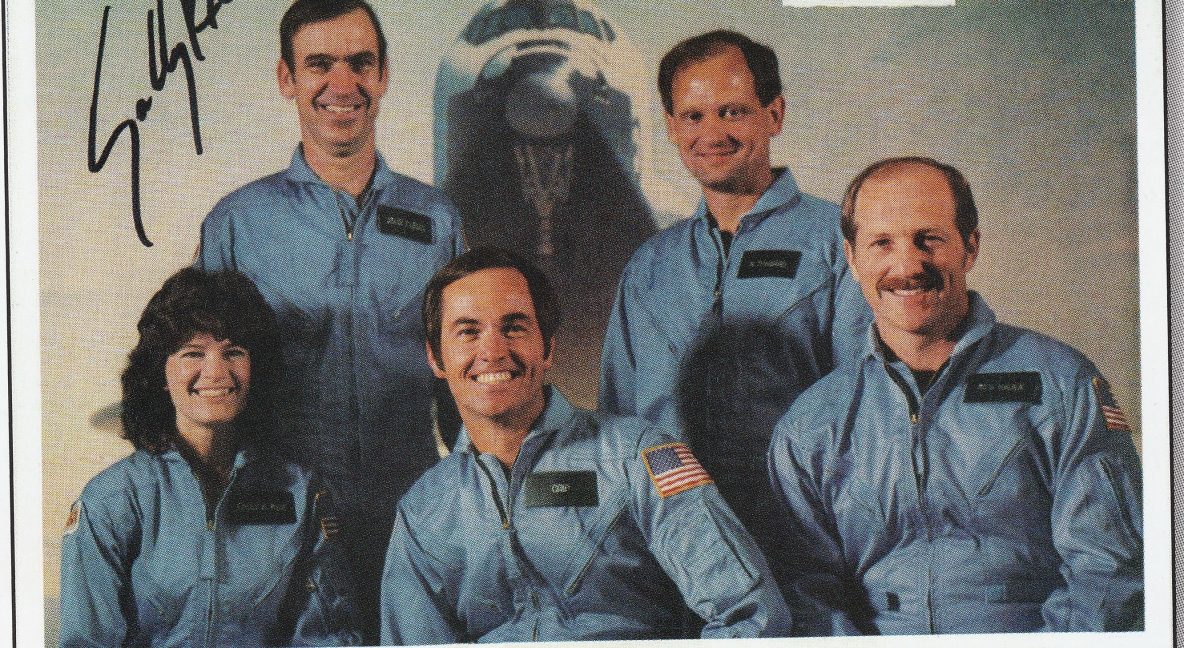 As you know, Sally Ride was America’s first woman in space. And now R/V Sally Ride is the only member of the academic research fleet named after a woman. Carrying her name is an important legacy, and one that we here at Scripps Institution of Oceanography are excited to be a part of.

The coin on the highest deck of R/V Sally Ride, just before the mast
was placed. Photo by Paul Bueren.

When the ship was being built in Anacortes, a bronze coin commemorating Sally Ride’s first mission into space was placed under the mast for luck. The coin, purchased on eBay by Chief Engineer Paul Bueren, shows the official NASA mission emblem, with the space shuttle flying over Earth. Seven stars and the shuttle’s robotic arm shown in the shape of the number seven denote the 7th shuttle mission. Sally Ride operated the arm in order to deploy and recover satellites during the mission. Also of note is the plus (female symbol) as part of the 5-pointed insignia, with the other four parts being arrows (male symbol) for the other members of the crew.

From June 18-24, 1983 the space shuttle Challenger traveled 2.5 million miles with Sally Ride and the rest of the crew aboard. Though it’s impossible to compare, Scripps research vessels have traveled an estimated 7 million miles in our 100+ year history.

The mast is craned aboard. Note R/V Neil Armstrong already afloat in the background. Photo by Paul Bueren.

The coin (bottom center) was placed on the deck and the mast was lowered and guided into place on top of it. Photo by Paul Bueren.