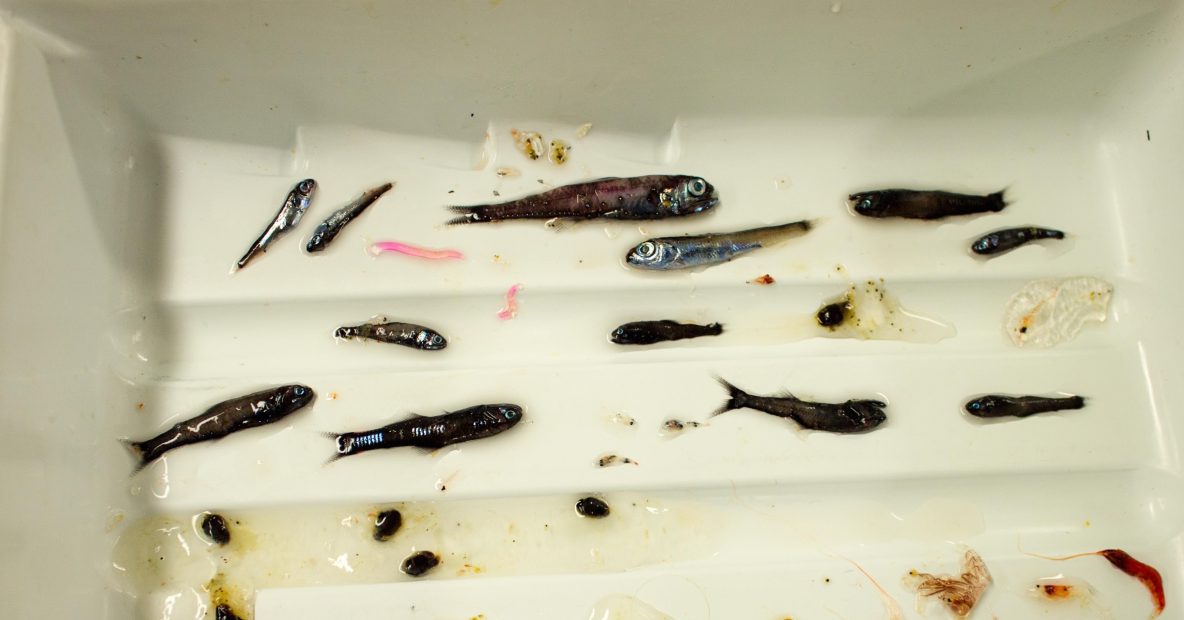 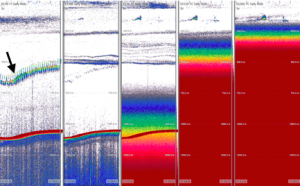 Red indicates the reach of each frequency, for 18, 38 and 70 kHz this is
the seafloor. Higher frequencies don’t penetrate as far so show a “false bottom”
much shallower. The trace indicated by the black arrow is another false bottom.

There is a migration of “prey” species like small fish and zooplankton to shallower waters after dark, which are then followed by larger, predatory species. It’s a phenomenon that can be seen using the echo sounder onboard R/V Sally Ride called a Fish Finder that sends out pings at five different frequencies. The plots of sound return data (shown here) are used to infer the density of animal populations of various sizes. From left to right, the frequency increases: 18, 38, 70, 120 and 200 kHz. This screenshot was taken just as it was getting dark, so the blue scatters in each plot are noticeably moving shallower, indicating the migration of animals towards the surface.

In order to “ground-truth” the data, net tows are performed and samples collected. The density of animals found at a certain depth of water when the net was towed for a known amount of time is matched up to the plots from the echo sounder. When it’s time to sort and identify the samples, people tend to congregate in the wet lab to see the trays of fish, invertebrates, jellies, and various other interesting, colorful, and often strange critters that were found. Hover over photos in the gallery below for more information about each animal, all collected in net tows on this trip! 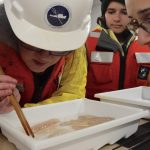 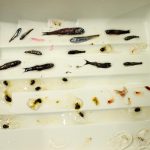 An array of the fish and other critters found in one cast. 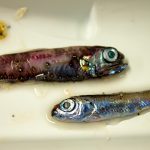 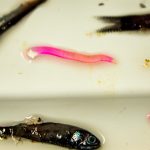 Lanternfish and (pink) sections of a hula skirt siphonophore 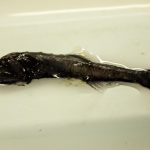 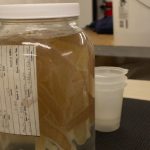 Dozens of pyrosomes were found on one cast. Each is actually a colony of tiny individuals all livings in a gelatinous tunic. 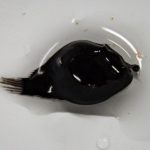 Anglerfish, its lure is on the right 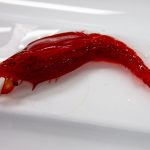 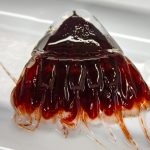 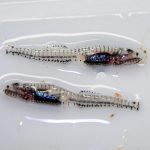 Bristlemouth fish, the most abundant vertebrate on the planet 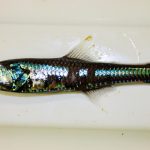 Lanternfish, which have the largest biomass of any vertebrate on the planet 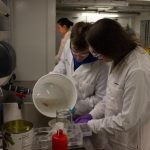 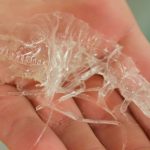 The molted shell of an amphipod 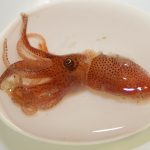 Squid, with a plastic spoon for scale

Thanks to Dr. Jack Butler, a postdoc in the Širović lab at SIO for most of the pictures, and to Eadoh Reshef of the Baumann-Pickering lab for species identifications.