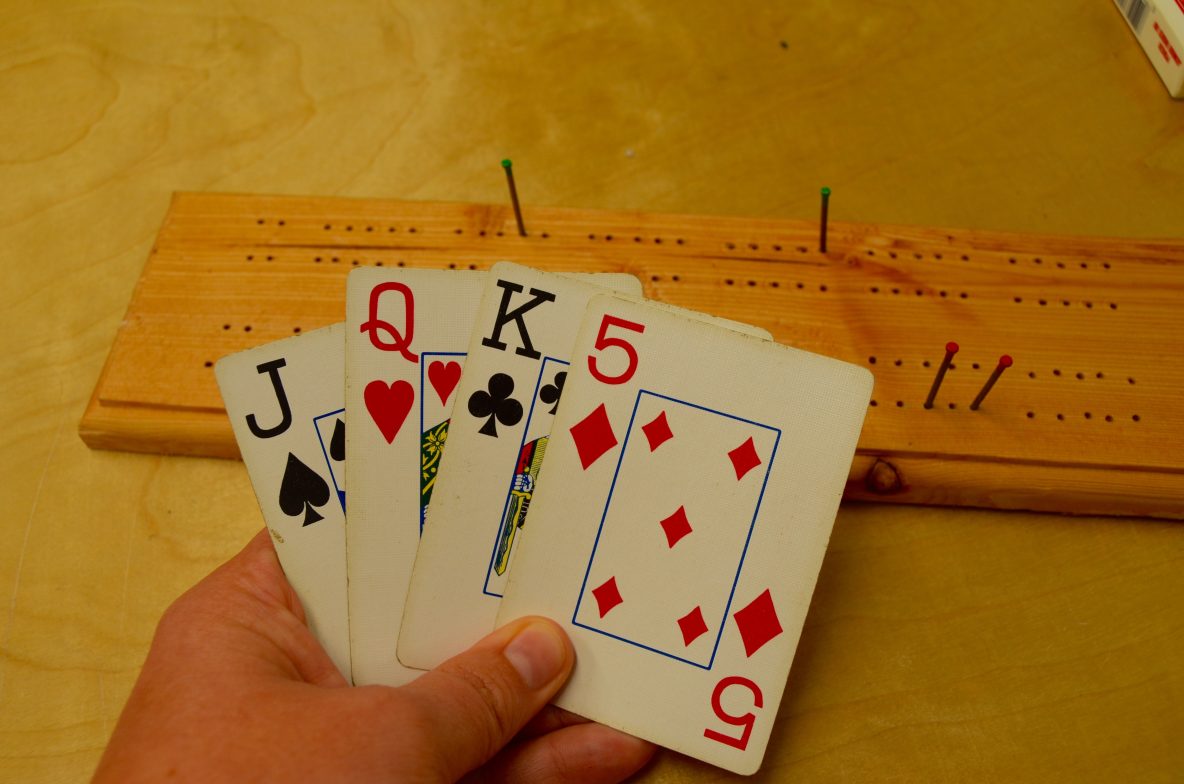 It’s a time honored tradition on SIO research vessels to play cribbage. On my first cruise on the since-retired R/V Melville, I entered the tournament before learning how to play the game. If you’re coming aboard, I recommend brushing up on the rules. How to Play Cribbage 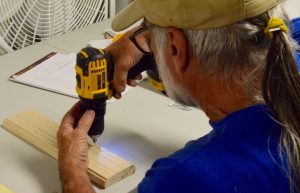 R/V Sally Ride’s very first cribbage tournament is underway. And don’t think we let the fact that there were no cribbage boards on the ship slow us down! Bosun Dave Grimes, the initiator (and winner) of pretty much every cribbage tournament I’ve ever been involved with, saw to that. There’s a machine shop and bosun’s shop onboard, so spare wood has been cut and shaped, and holes drilled. He made two for the tournament games to be played on, and will make another fancier one to serve as the trophy. 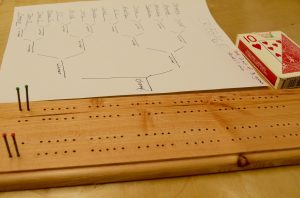 The handmade board is ready for action!

Update: 16 people signed up for the tournament and were assigned to their first matchup randomly. From there it was brackets, leading up to the championship match (best 2 out of 3) between Fisheries scientist Sue and Chief Mate Wes. Sue won two very, very close games to win the title! She says it’s the second-best thing she’s ever gotten from an SIO cruise (she’s married to a former captain). 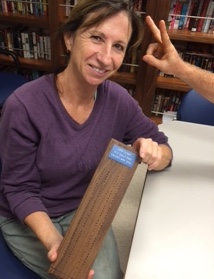 Cribbage champ Sue shows off her trophy while
runner up Chief Mate Wes tries for a photobomb. 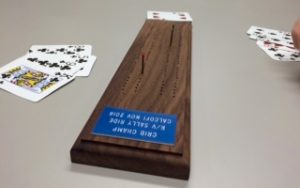