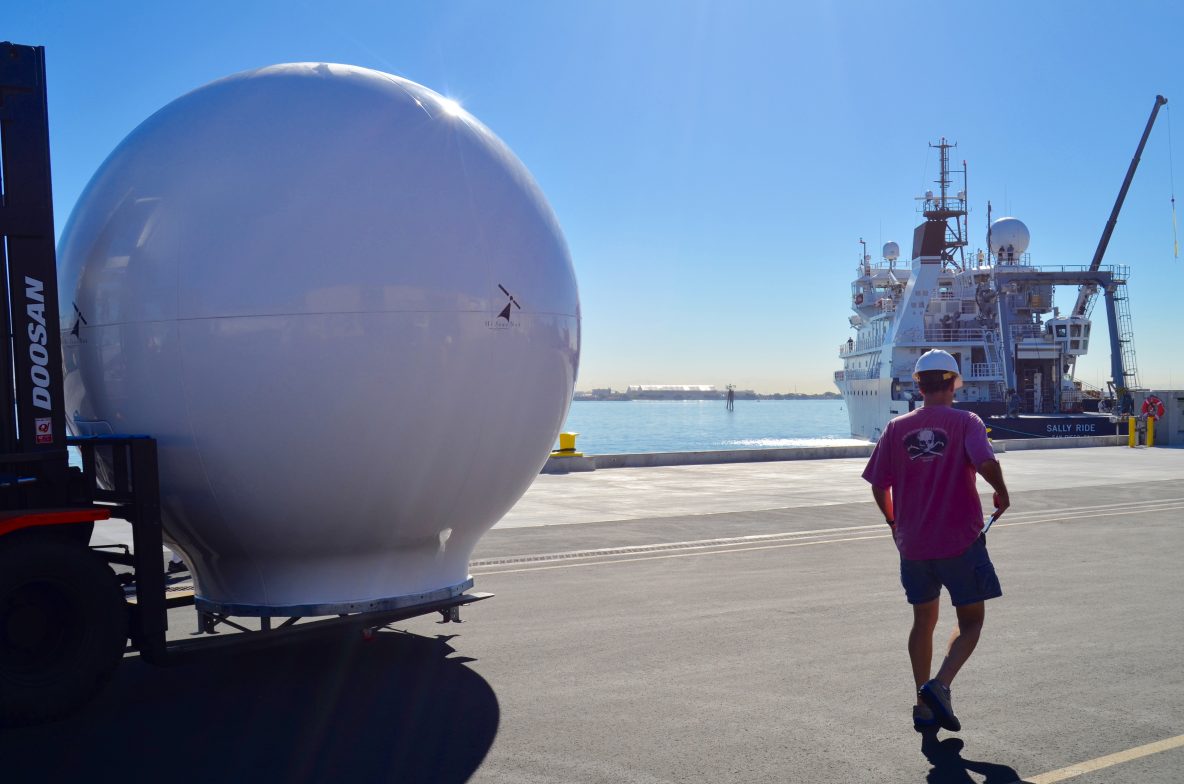 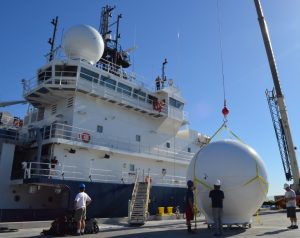 R/V Sally Ride underwent many upgrades and additions during the month of October. The most obvious are two huge domes now on the flying bridge (the deck on top of the wheel house) that add uninterrupted satellite internet capability to the ship. Most other ships only have one dome and, depending on the ship’s heading, the signal to it can be blocked by the mast or stack. The Sally Ride has two so that it can switch back and forth depending on which is receiving the strongest signal.
A few weeks ago, techs from the HiSeasNet group at SIO assembled both, which consist of the outer radome shell, a stand with the electronic components, and the receiver dish. The assembled domes weigh over 1,200 pounds and had to be craned up to the top deck of the ship and bolted into place.

Assembly of each radome’s components took about a day each and required multiple techs, a forklift, and a crane.

The ship’s outline is now much different. Some of the other techs and I discussed what the domes reminded us of, and how it would be cool if we could paint them. To me, they look like hot air balloons, especially when in the strap harness used to crane them onboard. To others, seasonal updates like easter eggs or jack-o-lanterns would be the obvious choice. Suggestions from Twitter included a bathymetry helmet (very thematic), planets (perfect since Sally Ride wrote books about Earth and Mars), Totoro (just needs ears!), the Death Star (that’s no moon), and eyeballs, which would definitely give the ship a unique look.

So far it does seem like the internet is faster out here, though I couldn’t post this yesterday due to so many people onboard trying to keep up with election results. The bandwidth from HiSeasNet can be increased for certain trips, like the upcoming Jason ROV trip which will include a test of telepresence links between the ship and Birch Aquarium. Stay tuned for more about that! 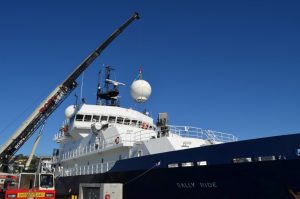 The radomes were installed on the flying bridge.