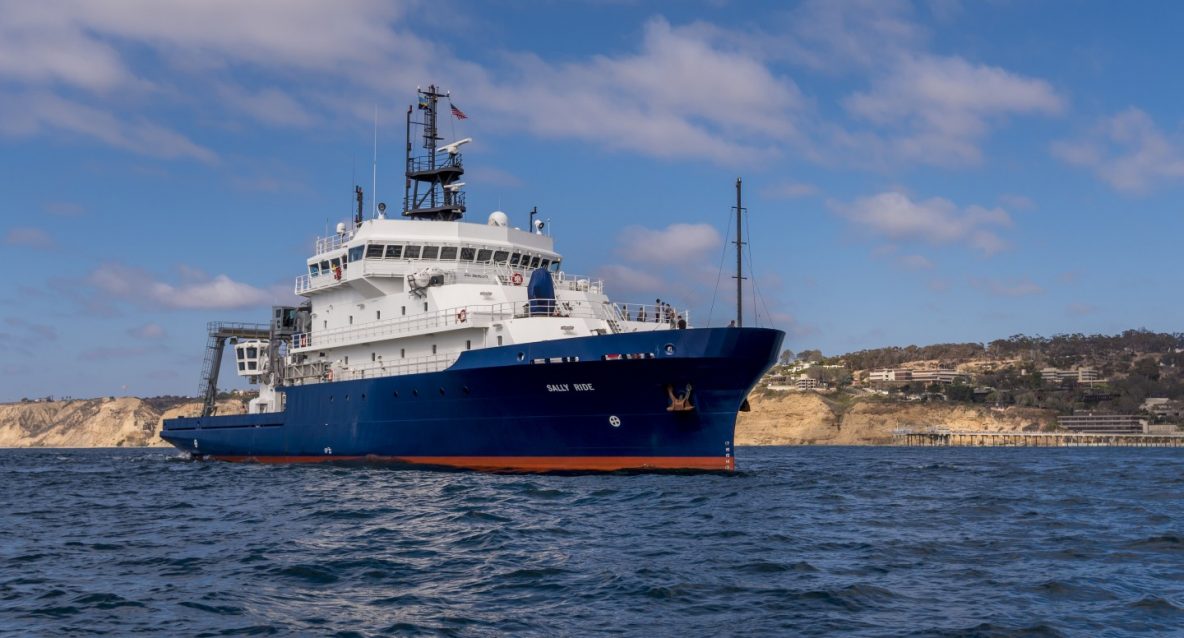 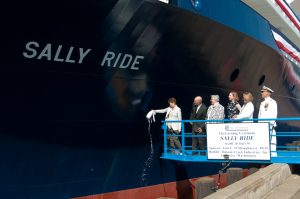 The christening ceremony for R/V Sally Ride took place back on August 9, 2014. It’s tradition for a ship to be christened (given its name) as soon as it hits the water for the first time – and that a bottle of champagne is broken across her bow as part of the ceremony. This important role was performed by Dr. Sally Ride’s life and business partner Dr. Tam O’Shaughnessy, who will serve as the ship’s sponsor. This is another tradition, a female civilian is given the honor of bestowing luck and protection over the ship and her crew.

The decision to name the ship after the late Sally Ride came from the Secretary of the Navy in 2013. A few months prior, the R/V Neil Armstrong, the sister ship also being built in the Dakota Creek shipyard in Anacortes, Washington, was given its name.

The commissioning ceremony, when R/V Sally Ride will be officially drafted into service by the Office of Naval Research, will take place in late October. As part of the celebration, the ship will be tied up at the Broadway Pier in downtown San Diego for the long weekend, and available for tours. This is your chance to come out and see the ship, roam its decks, and help welcome her to a long and productive life as part of Scripps Institution of Oceanography’s fleet. Check out these links for more information, and bring the whole family!

Birch Aquarium member tours on Saturday, October 29 from 9-11:30am

UCSD alumni and affiliate tours on Saturday, October 29 from 12-4pm 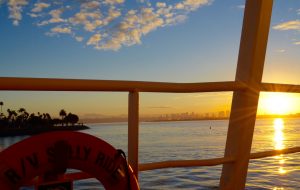 Sunrise over downtown San Diego, as seen from the focsle deck of R/V Sally Ride.