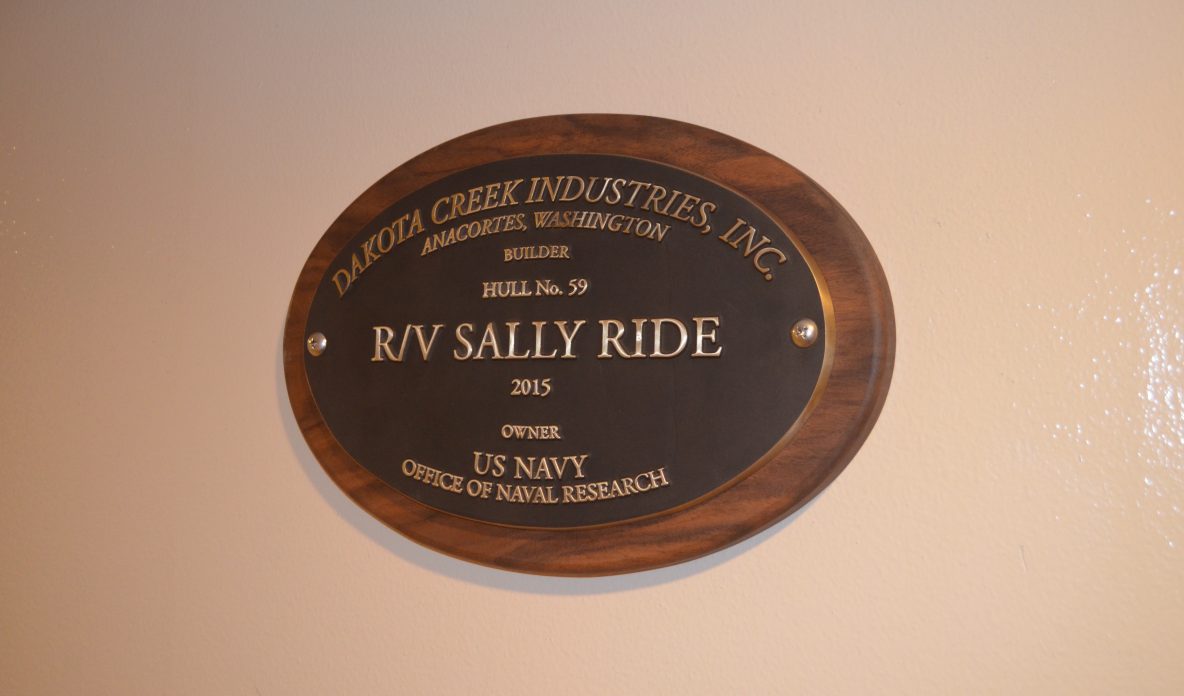 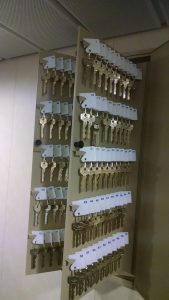 On July 1, operational control of R/V Sally Ride was transferred to Scripps Institution of Oceanography. A few signatures on a contract and the handing over of a few dozen keys marked the occasion. So much work has gone into getting the ship built. Fifteen years ago it was little more than a line item on a federal budget.

As the intermediate class of research vessels began to age (including SIO’s New Horizon, now retired), a new class was proposed. In 2002, a panel of scientists made their recommendations for the new ships, what came to be known as the ocean class, constituting the Sally Ride and WHOI’s Neil Armstrong. Both were built at Dakota Creek Industries shipyard in Anacortes, Washington. The Office of Naval Research, a department of the U.S. Navy, owns the ships.

Click here to check out the R/V Sally Ride’s Facebook page, which has photos going back to the first days of construction 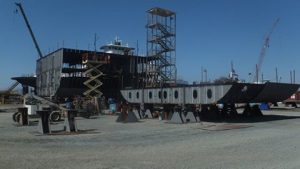 Sally Ride’s hull in the foreground. R/V Neil Armstrong in the background, about 6 months ahead in construction.
Picture by Chief Engineer Paul Bueren.